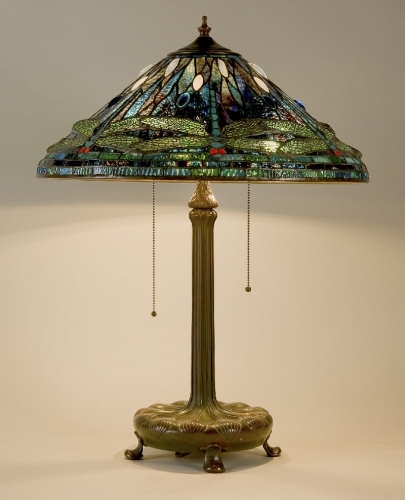 The Louis Comfort Tiffany's Life and Art exhibit at the Charles Hosmer Morse Museum of American Art is dedicated to the life and art of Louis C. Tiffany.  It features objects from the Morse Museums's comprehensive Tiffany collection and is supported through a narrative of graphic panels that present biographical information and archival photographs. The show is organized into five major phases of Tiffany's life.  These include his early years as a painter (1848-1878); the decade in which he established himself as a decorator to New York's upper class (1879-1887); his evolution as a master designer of both interiors and objects in the last decade of the 19th century (1888-1900); and the first years of the 20th century in which Tiffany's business expanded and he achieved status as an international star in the deocrative arts (1901-1915).  Finally, the exhibit addresses his years in retirement amidst the changing tastes of the time (1916-1933).  The Charles Hosmer Morse Museum is located in Winter Park, FL.